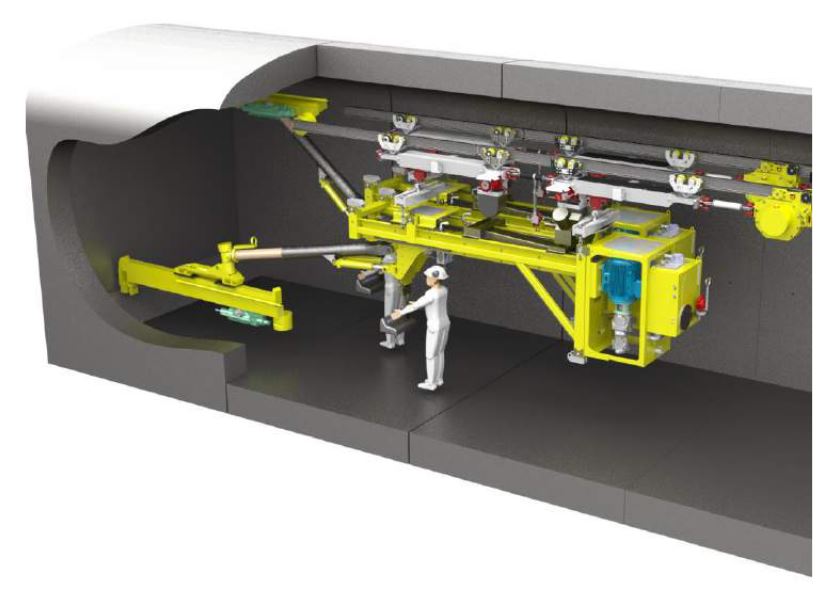 Miners are gradually overcoming their risk perceptions related to technologies to decarbonise mining haul trucks, with uptake poised to explode, according to participants on The Road to Decarbonization: Innovative Haulage Systems panel at the Mexico Mining Forum.

With mining haul trucks generating up to 30% of global mining emissions, the panellists discussed the use of monorail systems, LNG duel-fuel systems, battery lithium-ion battery systems and hydrogen fuel cells.

Fred Stanford, chair of Torex Gold Resources, said the company expected to complete a feasibility study in about a year comparing the use of its Muckahi monorail system with a traditional underground mine design.

"We have been successful in finding a way to get two-lane traffic in a tunnel half the size. We have also made the ramps four times steeper than conventional mines so they are one-quarter of the length. We have a monorail-based system with battery locomotives which means the mine can be diesel free, and with a 30% reduction in capital cost, operating cost and build time, said Stanford.

Brian Huff, VP of technology at Sandvik, and Andre Barriault, product manager electric vehicles at Epiroc, said there was a misconception that battery vehicles were new when in fact the technology had been deployed for more than a decade. Instead, the issue was having sufficient example business cases to overcome risk perceptions.

"There technologies are available and fully capable," said Sandvik's Huff.

"There is so much risk in the mining business that any additional risk is too much. There is a fear of the new, but we have more than 50 pieces of equipment in the field using battery systems. It is not a science project, these are not experimental vehicles, this is production equipment that has been available for more than a decade."

Barriault said battery capacity was a technical hurdle in the past, but since about 2010 there had been "huge advancements".

"Range anxiety is more perceived than it is real," he said.

While EVs are coming in bigger sizes, the decarbonisation solution being advanced for the largest 300-500 tonne haul trucks, which are essentially already electric vehicles, is hydrogen fuel cells.

"These have a fully electrical drive train but they couldn't fit sufficient energy on board so they have diesel generation sets to generate the power," said Koen Langie, head of mining at Engie's Hydrogen Business Unit.

"Batteries give rapid power response and allows recovery of breaking energy. Hydrogen gives autonomy and fast refuelling but are a little earlier in their development. We are working with Anglo American on the first proof of concept in South Africa later this year. If it goes well, we will roll it out on a full mining site.

"I see a hydrogen truck variant becoming competitive with diesel in 2025. The total cost of ownership will only improve going forward because as the manufacturing processes of these technologies [matures] there will be a significant drop in the cost. Green hydrogen is an option for mines to switch to new technology without having to sacrifice on productivity or cash costs, but displacing CO2 emissions."

While hydrogen may be the future, many miners want to start reducing their carbon emissions now. To do so, they are calling Jason Green, president and CTO at GFS, which provides liquified natural gas (LNG) conversions on existing haul fleets.

"Our customers see LNG in mining as a bridge technology as it is available now and is a way to make a real impact on carbon output by replacing 30-50% of their fuel requirement," said Green.

"Energy storage technologies will be the future for OEMs, but with a legacy fleet of diesel haul trucks customers see LNG as a way to do something now that allows them to decarbonise. This is not greenwashing anymore; people are genuinely looking for ways to reduce their emissions. Global mining companies are really on-board with this. We are on the cusp of seeing some real change over the next couple of years with all the large mining companies."

The panellists identified barriers to uptake as miners believing they needed to change the way they had operated for a long time, both in the mines and in the finance department, both of which were now no longer substantiated objections.

"We want to minimise mine infrastructure changes for customers," said Sandvik's Huff.

"Rather than stopping to recharge batteries, our strategy, and Epiroc's too, is to swap batteries really quickly in less than five or 10 minutes to have minimal downtime. We have machines swap their own batteries in a stope and so this is a simple transition that can be implemented right now."

With mining companies used to accounting for fuel as an operational cost, they are unused to shifting that to an upfront capital cost.

Equipment providers are changing the narrative away from operating costs to total cost of operation (TCO) where new technologies such as EVs provide savings on fuel, maintenance, spare parts and fluids, although currently with a higher initial capital cost. "Battery machines present single digit percentage savings over diesel, not considering savings on ventilation. We are offering these as a service contract so companies can account for it an operating expense that fits in traditional operating models," said Huff.

Much of the focus of haul truck decarbonisation has been on underground fleets, although the panel said it was equally applicable to open pit fleets. However, underground fleets are decarbonising first as the change brings additional financial and safety benefits due to the reduction in ventilation costs.

"Open pit loses the obvious financial benefit related to cutting the ventilation requirement. The TCO still gives an improvement of offsetting diesel. If a pit does a trolley system it can generate even more long-term savings," said Sandvik's Huff.

Open pit trucks can be much larger than underground trucks which presents the challenge of getting enough power on board.

"The challenge is getting enough LNG on a truck to make a meaningful dent in the diesel consumption," said Green.

"LNG doesn't have same energy density and it has to be stored in a cylinder, which is a challenge."

"Mine operators want to want to keep as much operational flexibility as possible and so someone has to do it first to prove the concept," he said.